Ezekiel’s story has featured across Radio 2 this week, with the eight-year old from Durham chatting to Zoe Ball on Wednesday morning (17 November 2021) and also being broadcast by Sara Cox.

Read for Good’s storytellers and bright-orange mobile bookcases operate in all 30 of the UK’s major children’s hospitals, with brand new books supplied every six weeks. Ezekiel’s multiple allergies means he’s been tube-fed since he was a baby and had countless surgeries.  Ezekiel chooses a new book from the Read for Good bookcase every time he has an operation – he’s just had his 22nd – and the arrival of the charity’s storyteller, Gerry has also brightened numerous stays at the Great North Children’s Hospital in Newcastle.

Ezekiel said: “There’s lots of trolleys that come visit me in hospital that aren’t so nice – like the one for blood tests and the one for lines. The bright orange one with the books is always brilliant.”

His mum, Anna added: “It’s so lovely to have any visitor to come and see your child when they are in hospital. The days are long and the nights are longer, but Read for Good bring a little bit of sunshine!  To remind Ezekiel how amazing he is we always write which surgery he has completed in the front of his Read for Good book – operation 21 was a book all about glow in the dark underpants! After discharge home the books are safely kept on his bookshelf at home and read regularly time and time again. He’s had a fab week on Radio 2 and is so proud to be an ambassador for Read for Good.”

Chief executive at Read for Good, Justine Daniels said: “We all know the power of a good story, but in hospital – for kids like Ezekiel – this becomes a super power. We rely entirely on donations and the support of schools running our Readathon, as well as grants from bodies like BBC Children in Need. The pandemic had a massive impact on our income like most charities so the shout-out on Radio 2 has been a real boost to the team.” 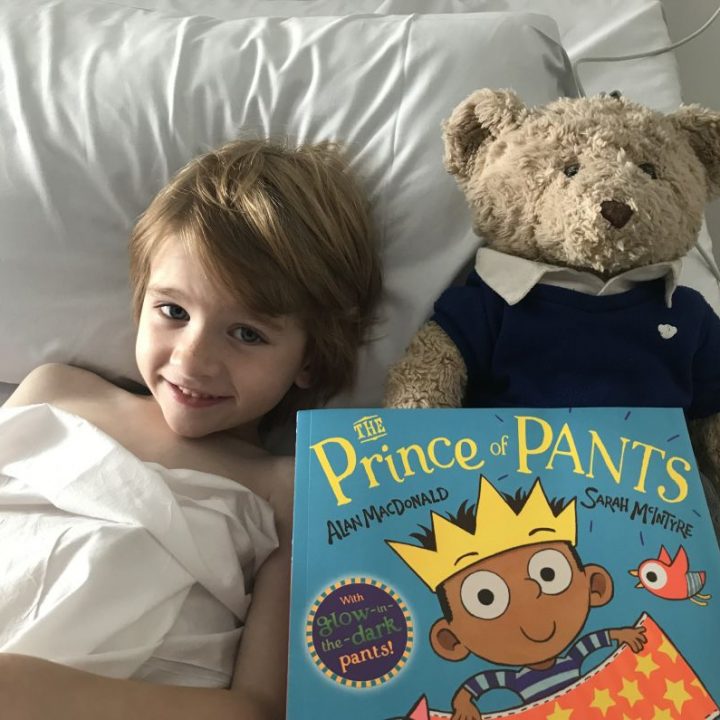