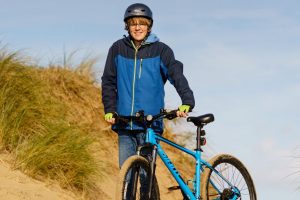 m loves getting out on his bike, especially along the Cornish coast where he lives. He also loves science, brain teasers, model railway kits and reading. He especially enjoys psychological thriller adventures by the likes of James Maxwell, Laura Weymouth or Chen Jiaong. Most of all, he loves spending time with his family and friends and social occasions like Christmas and birthdays.

A shocking diagnosis just before Christmas

Towards the end of the school autumn term, when William was 13, he had a tickly cough that wouldn’t go away. His parents and even the GP thought it was just an end-of-term bug, a normal time to be run-down. Still, it seemed sensible to pursue more tests in hospital. William’s mum Hannah says:

“To be told that evening that my child had cancer was beyond anything I could possibly have imagined. My heart dropped and I crumpled. William said ‘Am I going to die?’. I knew then that whatever happened, I had to help him to process this overwhelming information, and somehow, cope with it. As NHS staff rushed to blue-light him to a specialist hospital, I knew we were in the best hands medically, but my mind was racing – how would I get him through this emotionally, minimise the trauma and help him to not freak out with worry, when I felt so scared myself? Christmas, and life as we had known it, was cancelled.”

A light in a dark tunnel

“It was like a light in a very dark tunnel! It gave William something that he was actually able to focus on and I will never forget watching the tension literally drop from his body just for a short while, while he looked over the books, picked them up and flicked between the pages to breathe in the smell, holding on to something that made him feel safe at that point. Mike, the storyteller, was such a calming presence, asking questions that William was able to answer about authors and styles of writing.”

A refuge from the storm 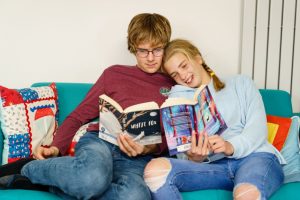 Mike invited William to also choose a book for his sister Lowenna, who was about to discover that her brother had cancer and that Christmas would be spent in a hospital far from home. Choosing a book he knew Lowenna wanted, William felt it would give her a place to take refuge from the storm that was about to hit and that by gifting her a book, he could show Lowenna that despite the cancer diagnosis, he was no different to the brother she had seen the morning before.

Some weeks later, WIlliam was unexpectedly told that his second round of chemotherapy would begin on his 14th birthday at a hospital hundreds of miles away. The party at home would be cancelled.

“Again Read for Good was there. Mike the storyteller told WIlliam an intriguing mystery about legendary Cornish warriors, William sat back and processed the overwhelming news in a calm and comforting atmosphere.” 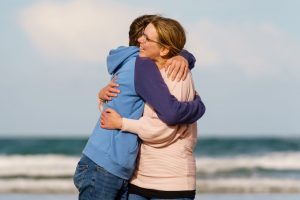 Through a rollercoaster two years, Read for Good’s books and stories have given WIlliam a place to hide away. Hannah continues:

“They have helped us as a family get through a nightmare. During treatment in hospital away from home, William and Lowenna have been able to share books together via video call.

As William prepares for GCSEs during ongoing treatment, I am so relieved to know that with help from the Read for Good storyteller and books, he will not only reap the many benefits of reading for his education, but most importantly his mental health.”

For teachers and librarians

For parents and kids