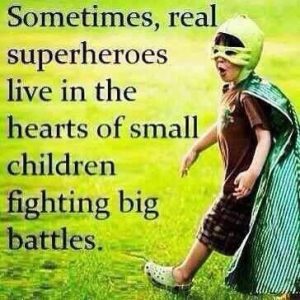 At Addenbrook’s Hospital in Cambridge, Peter and I talked about videogames, our favourite books and films, Lego, why he wants to be an engineer when he grows up, and (my all-time favourite convo) superheroes. I asked him what superpower he would have if he could have any superpower. First he tried some clever tricks, such as that he wanted the power to ‘make anything in his imagination come true’. This is just a sneaky way of getting every superpower. Once I pinned him down to a single choice he chose Telekinesis, which, I remarked, would make a fine compliment to a life as an engineer.

I told him that I want to be able to fly. He started telling me about these YouTube videos that tell you how to actually get superpowers. He said some were definitely nonsense, but that he thought a few of them were for real. There was one in particular that he thought I might be interested in trying. The video details a spell that has the power to turn someone into a vampire. He started describing the sequence of things that make up the spell. The instructions were comprised of such things as putting items under your pillow and waking up at night and saying certain magical words.

Before he finished explaining though, we were interrupted and I had to run off to the schoolroom. To be honest,  I was a little relieved.  I’m not sure I want to be vampire, even if they can fly.