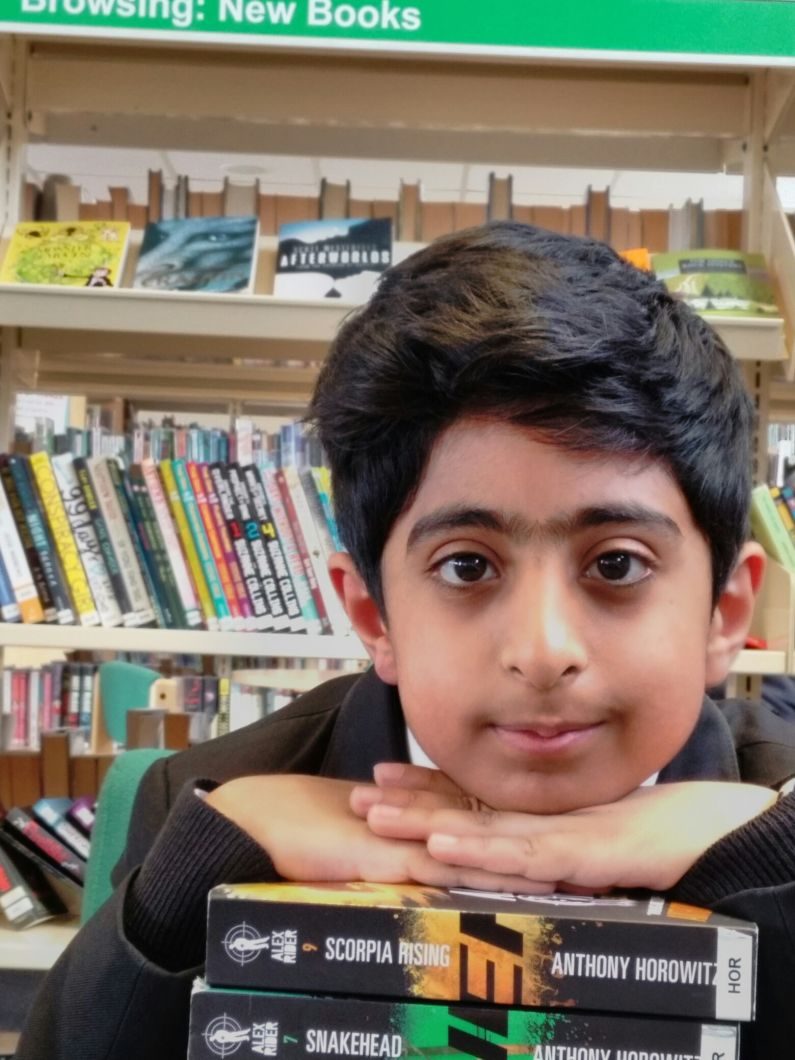 After the Readathon ended on World Book Day, it took about 3 weeks to collect in all the sponsorship money.

Year 7 raised an amazing £1,486.90, £55 of which was raised online via the Readathon website.  I am very, very proud of all the reading they have done in order to raise this huge amount of money.

A cheque for £1,431.90 will soon be winging its way to the Readathon offices.

One pupil, Armaan Haque, singlehandedly raised £164 and in the first whole school assembly of the new term, the Headmaster presented him with a £10 book token to thank and reward him for his tremendous effort.  Armaan read most of Anthony Horowitz’s Alex Rider series during Readathon and has finished the series since Readathon ended.

At the end of last term, I met with the Head of Year 7 and the Head of English to review the Year 7 Reading Scheme of which Readathon formed the finale.  We have agreed, with a few tweaks, to make it a permanent part of the Year 7 English curriculum.  Pupil, parent and teacher feedback has been extremely positive.

I think in future we will probably run our Readathon in the second half of the Summer Term, possibly for a shorter period and possibly encouraging older pupils to take part as well.  The marvellous thing about Readathon is that it is so incredibly flexible, enabling schools to decide for themselves when they will run it and for how long.

I am looking forward to receiving and spending my Scholastic voucher (about £297) on lots of lovely new books for next year’s Year 7 Reading Scheme.

Filed under: Schools running a Readathon Tagged with: