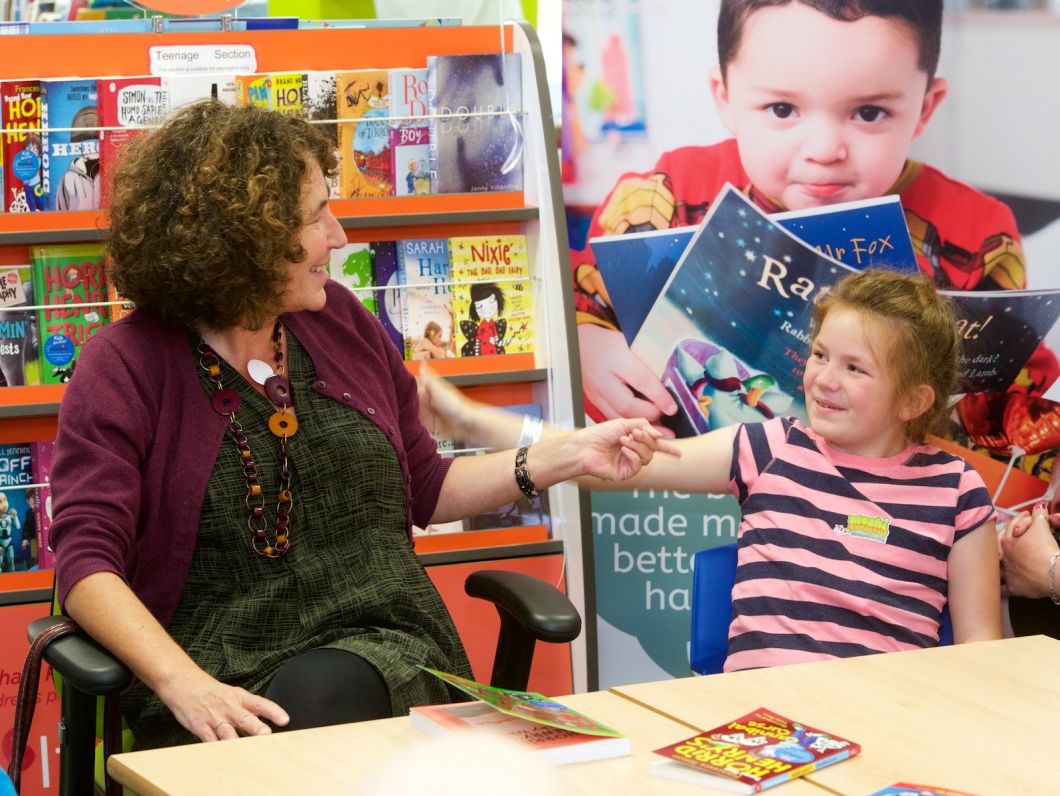 A little bit of festival magic; Vicky Pember describes why working in partnership with major literary festivals feels so special.

There’s something so magical about meeting the author of your favourite book and hearing about their inspiration for the story. As Bath Children’s Festival get underway this week, thousands of children will have the opportunity to do just this.

My colleague, Heidi Perry and I have been lucky enough to have worked with Bath Children’s Festival over the last three years. Each year, in partnership with the festival, we have encouraged schools in Bath and beyond to read along with the festival and take part in Read for Good’s sponsored read, which helps to provide new books and a resident storyteller to Bristol Children’s Hospital.

Children in hospital don’t get the chance to attend the events, so each year we have taken the festival to the hospital. Seriously ill kids have enjoyed visits from Henry Winkler, Francesca Simon, David Almond, and Alex T Smith to name but a few. The author events give children a real lift and when Henry Winkler (aka the Fonz or Mr Rock depending on your age) visited there were quite a few nurses, doctors, other hospital staff and parents queueing up for selfies and signed copies of their Hank Zipper books too! 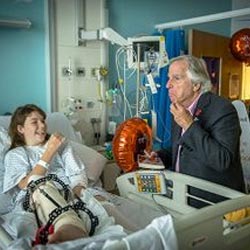 On Wednesday this week I’m looking forward to meeting CBeebies star and author Ben Faulks who will bring a little bit of festival magic to some very poorly children at Bristol Children’s Hospital when he entertains some of the “tiddlers”, as his character Mr Bloom calls them. A chance for the “tiddlers” to escape from the confines of the hospital and imagine adventures out in the big wide ocean.

We are really lucky to have some great support from all the major literature festivals including Hay Festival, Manchester Children’s Book Festival, Cheltenham Festival in addition to Bath. After ordering a sponsored read kit during last year’s Hay Festival and winning the draw, one lucky school will have the privilege of a visit from Children’s Laureate 2015 – 17, Chris Riddell in the coming months and we have another exciting author lined up for next year’s Hay Festival competition…watch this space!