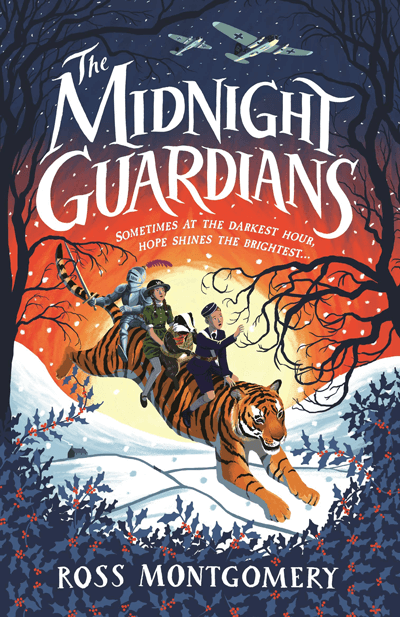 The Midnight Guardians is a wonderful departure for Carnegie Award-nominee Ross Montgomery, skilfully combining the kind of fantastical adventures those familiar with him will expect, with the magic of folklore and the historical gravitas of 1940s war-torn London. Col, an evacuee to Derbyshire, experiences every child’s wildest fantasy, discovering that his three imaginary friends have come to life. These eponymous ‘Guardians’: a six-foot tiger, a waistcoated badger and a miniature knight, accompany Col on his quest to the London Blitz to save his sister from both the Nazi bombs, and the dark forces of the MidWinter King. Punctuating this terrifying but often humorous set of adventures, are stark reminders of the reality of war; excerpts from the Daily Mail in 1940 and the story of Ruth, a Jewish girl who has arrived on the Kindertransport. Montgomery’s clever interleaving of make-believe, history, humour and tenderness will have a broad appeal.