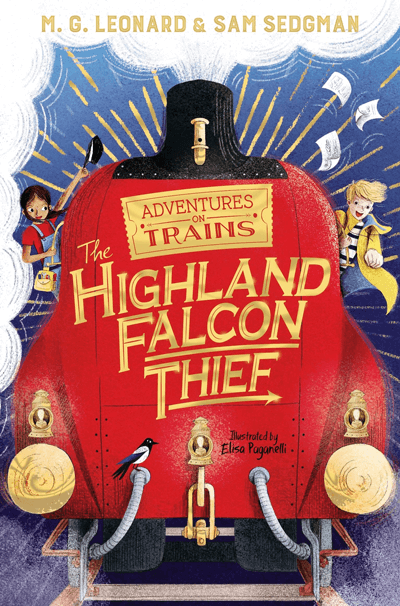 Who wouldn’t love a tale which involves a jewel thief, a royal steam train, a cast of characters that could have come from an Agatha Christie novel, plus two likeable children, Hal and Lenny as detectives? When told he is to accompany his uncle, Nathaniel Bradshaw (there are many clues to the authors’ own love and knowledge of trains) Hal is unimpressed by the company of the adults surrounding him, but then he meets Lenny Singh, the train driver’s daughter, who has stowed away on the train. Life becomes more exciting for Hal when soon after the train pulls away, the thief strikes and there follows an exhilarating adventure. We loved Elisa Paganelli’s sketches throughout, which contribute to the story as Hal and Lenny solve the case. This is the first in a series, the second of which, Kidnap on the California Comet, we can’t wait to read!