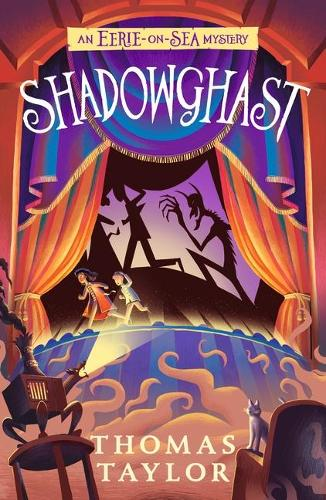 On the eve of Ghastly Night, Herbie, living and working as the “Lost and Founder” in the Grand Nautilus Hotel, is introduced to a great magician who claims he belongs to her. As people start to disappear and old stories of the infamous Shadowghast begin to play out, Herbert and his friend Violet become embroiled in a race to save the townsfolk of Eerie-on-Sea.

This is a highly entertaining story suitable for upper KS2 readers. The fast-paced plot which involves plenty of magic, wit and intrigue also lightly touches on the themes of loyalty and  empathy as Herbert and Violet come to realise how much they depend upon each other.

Fans of Taylor’s first two books, Malamander and Gargantis, will really enjoy this third book in the series with a fourth due out soon.