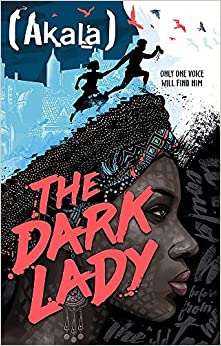 Henry – orphan, pickpocket and possessing a magical talent for translating languages – is the central protagonist in award-winning Akala’s debut novel for teens. Set in Shakespearean London (and featuring the bard himself), Akala sets out to explore the themes of race and class through an adventurous tale which takes us into the world of theft, kidnap, escape and first love.

Henry is taken prisoner when his talents are discovered and from there, we are invited to observe his metamorphosis as he moves from living in squalor to living a life of riches. Henry’s greatest sadness is not having known his mother – the dark lady – but a prequel is promised which will explain the chapter headings where we are invited to read, in poetic form, the tale of Henry’s beginnings.

With Elizabethan language scattered throughout and a glossary provided at the back, this story will appeal to both fans of Akala’s writing and to readers of historical fiction.