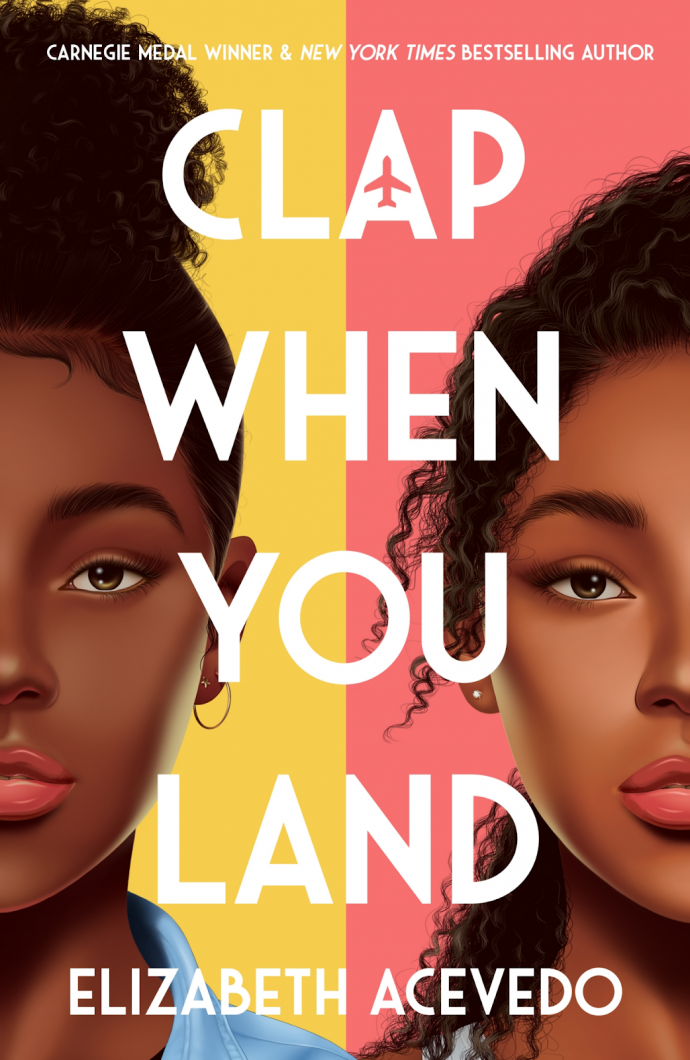 Clap When You Land – Elizabeth Acevedo

Inspired by a plane crash which happened shortly after the 9/11 tragedy, Elizabeth Acevedo’s new Young Adult verse novel (short-listed for the 2021 Carnegie award) Clap When You Land” tells a powerful tale of loss, grief and familial relationships. Two teenage girls, Camino and Yahaira, learn that their father has been killed in a plane crash en route from New York to the Dominican Republic. What they don’t initially know is the existence of each other, as Camino lives on the island, whilst Yahaira is brought up in the city. Using a variety of poetic structures which capture and explore the grief of each girl, Acevedo writes a narrative brimming with emotion as well as establishing a separate sense of identity, place and belonging for each character. The pain felt at times as we read this is raw and unsettling but ultimately deeply satisfying.